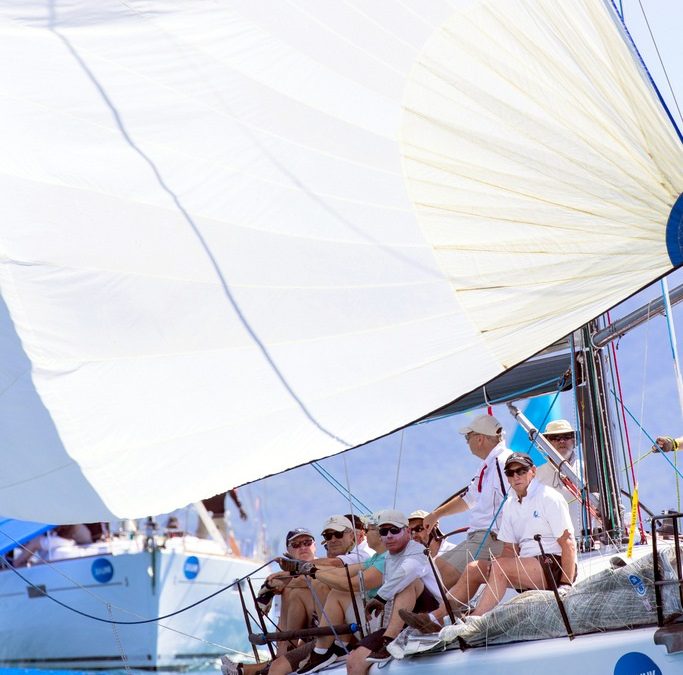 Ponyo has taken line honours in Sealink Division 1 in the first two races, placing third on corrected time in race one on Friday, but in the longer Strand Race on Saturday placing ninth.  Today is a lay day with racing continuing on Monday and Tuesday to complete the regatta.

Ponyo spent most of race one chasing the Beneteau 45 Highly Sprung (Andrew Pearson/Adam Brown). “We finally mowed them down on the way to the finish,” Lewis said before today’s race, adding “but we’d like to be in front of the Beneteau today.”

Ponyo achieved that goal in race two, finishing almost three minutes clear of Highly Sprung, butboth boats ended yo at the lower of the overall leaderboard on corrected times.

Division 1 results were virtually the reverse of day one, with the exception of Private Equity, Tim Campbell’s Corby 25ep and the smallest boat in the division.

With two fourths, Private Equity, from the Royal Yacht Club of Victoria, is overall leader, one point ahead of local boat Guilty Pleasures VII, which won yesterday after an eighth in race one, and Highly Sprung, which went from a win on Saturday to an eighth.