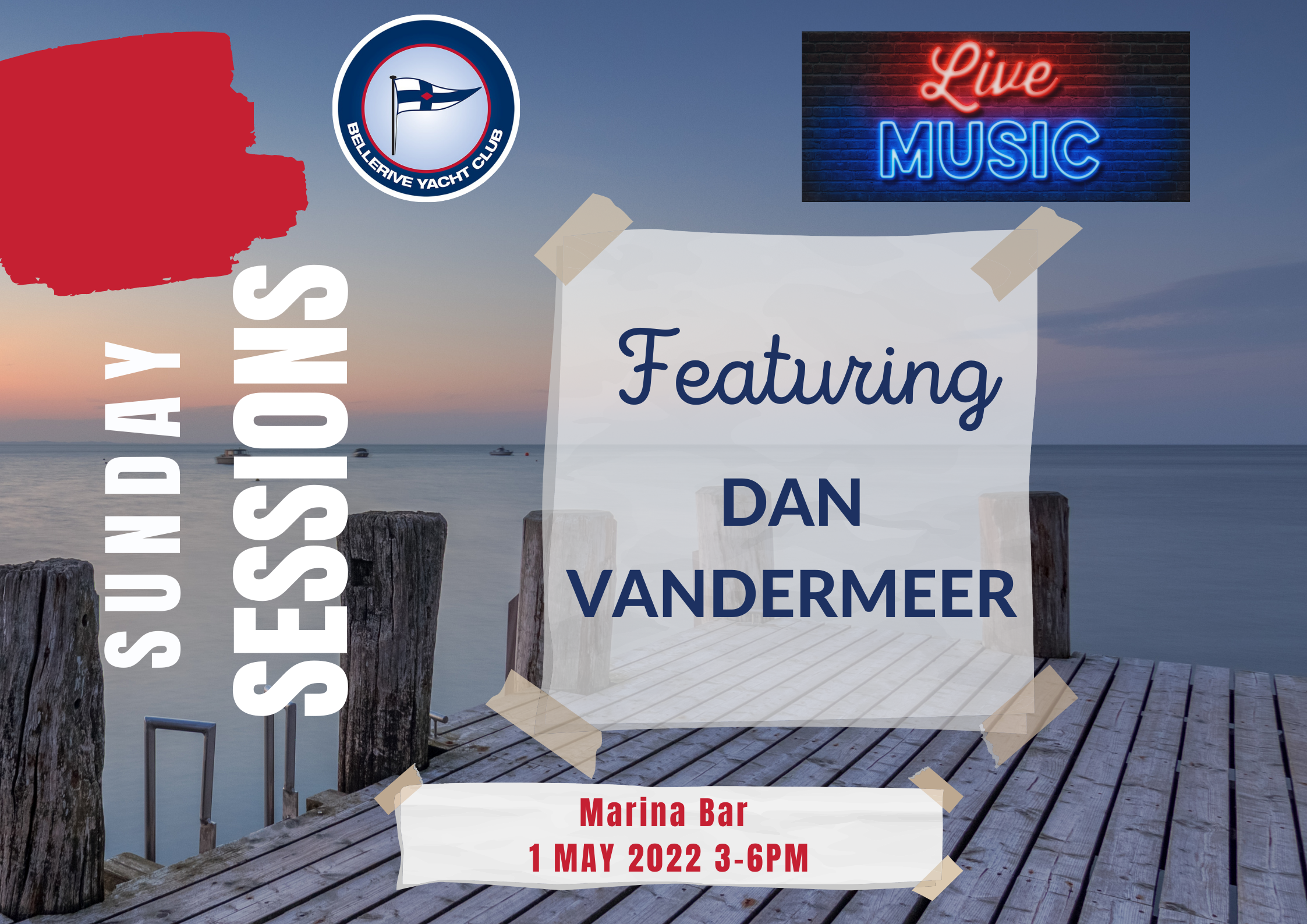 BYC Sunday Sessions is moving to monthly as the weather turns for the season. Not to worry though – you’ve got live music on the marina, your dance moves, mates, a few drinks and a platter or two to keep you warm

Join us in the Marina Bar on the first Sunday of every month … @Dan Vandermeer is a Hobart based singer and guitarist who can be found regularly playing around some of the city’s most iconic venues. Dan plays a mixture of pop, rock and acoustic music and performs best when the crowd is up and dancing. A 2014 graduate of the University of Tasmania’s Conservatorium of Music, Dan is an adept guitarist and also a blossoming singer/songwriter. In the recent past Dan has toured in North America with Sydney based band Jefferson and lived in Toronto, Canada for a year and a half playing lead guitar in the city’s #1 cover band The Marc Joseph Band. Dan has also studied 2 years at the Sydney Conservatorium of Music majoring in Jazz Performance