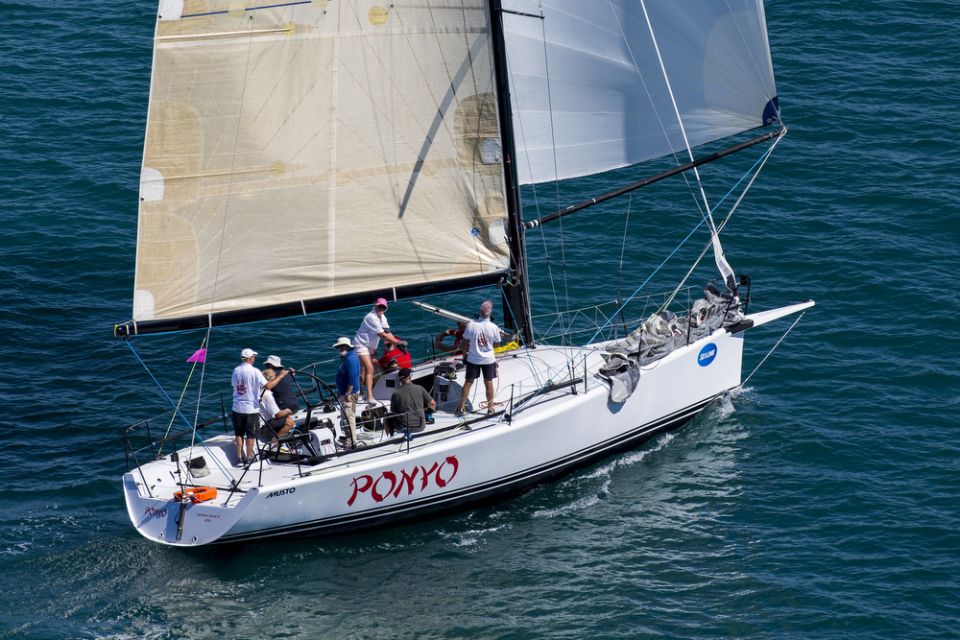 Skippered jointly by Hughie Lewis and Gary Cripps, Ponyo was one of four boats that finished the six-race series on a net 24 points, two points behind the winner, the smallest boat in the fleet, Tim Campbell’s Corby 25 Private Equity from the Royal Yacht Club of Victoria.

Ponjo and her crew had enjoyed consistent results (and, of course, the glorious weather of Far North Queensland) and was in second place on the leader board going into the final race with placings of 3-9-2-5-5..’

However, on a day of listless breezes, while they again took line honours Ponyo ended up 11th and last on corrected time. The end result was fourth place overall.

In contrast, Private Equity, which had placed last in the long round-the-island race the previous day, enjoyed the windward/leeward legs and square spinnaker runs of race six to finish second on corrected time.  This proved enough to win the series.

This year’s Sealink Magnetic Island Race Week, with its many social activities adding enjoyment to the good warm weather racing, attracted a record fleet and although most boats and crews came from Queensland clubs, Division 1 had yachts from Queensland, New South Wales, Victoria and Tasmania competing.